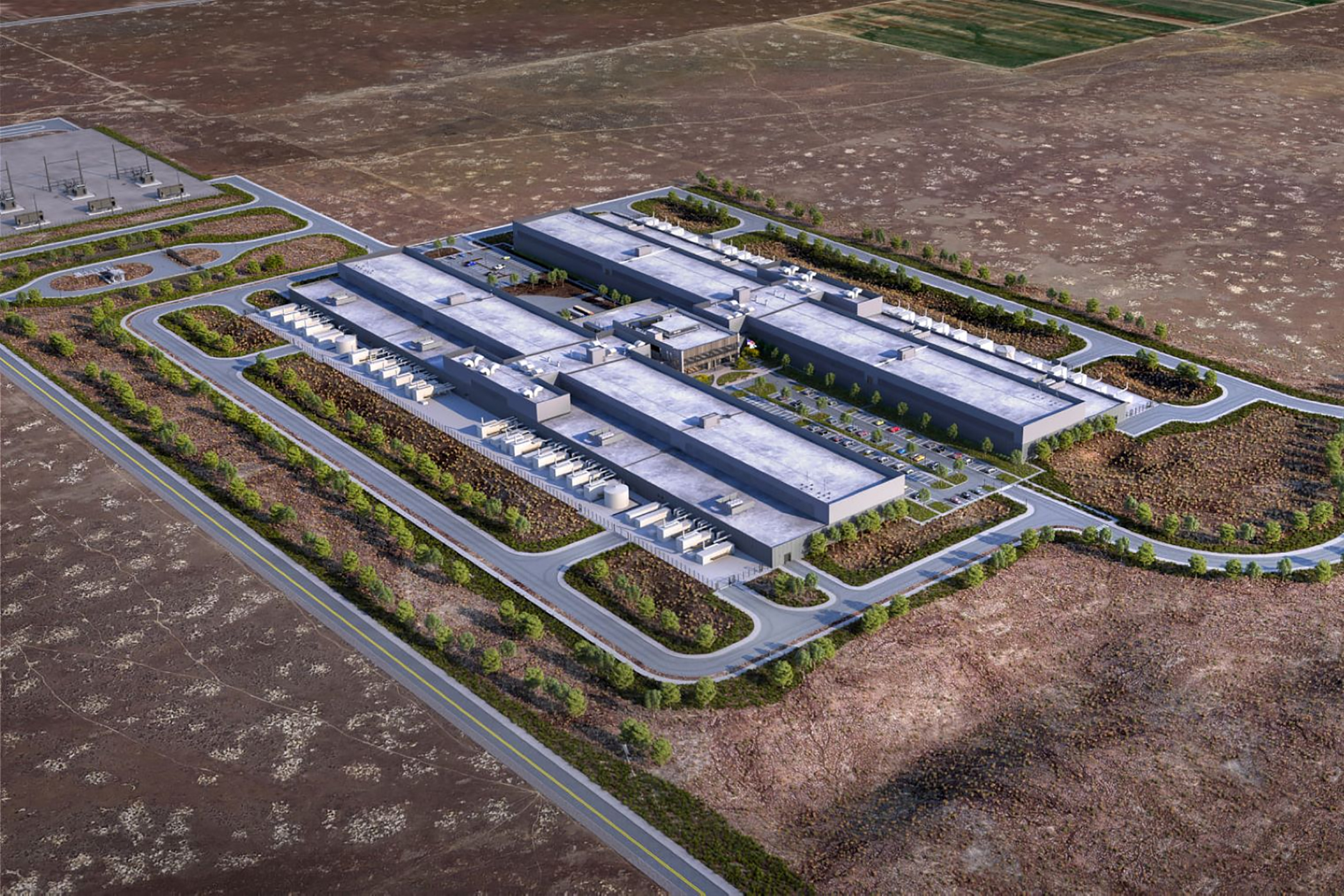 Facebook parent company Meta, which lost about a third of its stock market value this month as a result of weaker-than-anticipated financial results, is charging undaunted into creating a network of virtual realities referred to as the metaverse with plans to nearly double its portfolio of data centers.

The Silicon Valley company said it is sticking to the Western United States for its latest data center development with plans to build an $800 million, 960,000-square-foot facility in Kuna, Idaho, about 20 miles southwest of Boise. The facility will be Meta's 15th data center in the country and 19th globally, and is part of an aggressive expansion in which the company is investing billions of dollars in an attempt to build out its digital infrastructure.

The Idaho location was chosen for its access to infrastructure, renewable energy and a solid workforce, the company said in a Facebook post. Construction is expected to begin in September and will take about two years to complete. No two of the company's 15 U.S. data centers, which stretch from Georgia to Oregon, are in the same state.

The social media company's plans follow its stock market decline earlier this month after it announced a steeper-than-expected decline in profits and a gloomy outlook in its first earnings report since rebranding to reflect its pursuit of creating virtual realities that can aim to facilitate social connection while using 3D technology including headsets. It comes as tech giants' investments in data centers, in particular, have spiked since the onset of the pandemic in early 2020.

Google has set aside a large chunk of its capital expenditure budget to put toward building out its digital infrastructure. Last year it spent nearly $25 billion, a figure the company said will be significantly higher in 2022 to accommodate more data centers and office expansions. Meanwhile, Microsoft recently said it is on track to build 50 to 100 data centers each year for the near future.

To support that expansion in the virtual world, Meta plans to invest heavily in expanding its real estate portfolio across the country, saying it would spend between $29 billion and $34 billion in 2022, up from $19 billion last year. Tom Furlong, its president of infrastructure and data centers, said at the end of 2021 that the company had "48 active buildings and another 47 buildings under construction," part of its plan to roughly double its data center footprint around the world.

The company has invested more than $18.5 billion in the 15 data centers it has either in operation or under construction in the U.S., including the Kuna facility, according to its website.

Global tech giants including Meta, Google, Apple and LinkedIn have dumped a record amount of capital into expanding their real estate footprints since the onset of the pandemic, propping up commercial markets across the country as other investors pumped the brakes on expansion. For Meta, that has translated into building out its data center portfolio as well as significantly increasing the amount of office space it leases.

In late 2021, Menlo Park, California-based Meta signed the country's largest private-sector office lease of the year, a sign of corporate commitment to physical space despite companies adopting remote and hybrid-work policies. The company finalized a deal for more than 719,000 square feet at the four-building Moffett Green office campus in Sunnyvale, California, and tacked on leases at a few more buildings in nearby Burlingame, bringing its total amount of newly leased space up to about 1 million square feet.