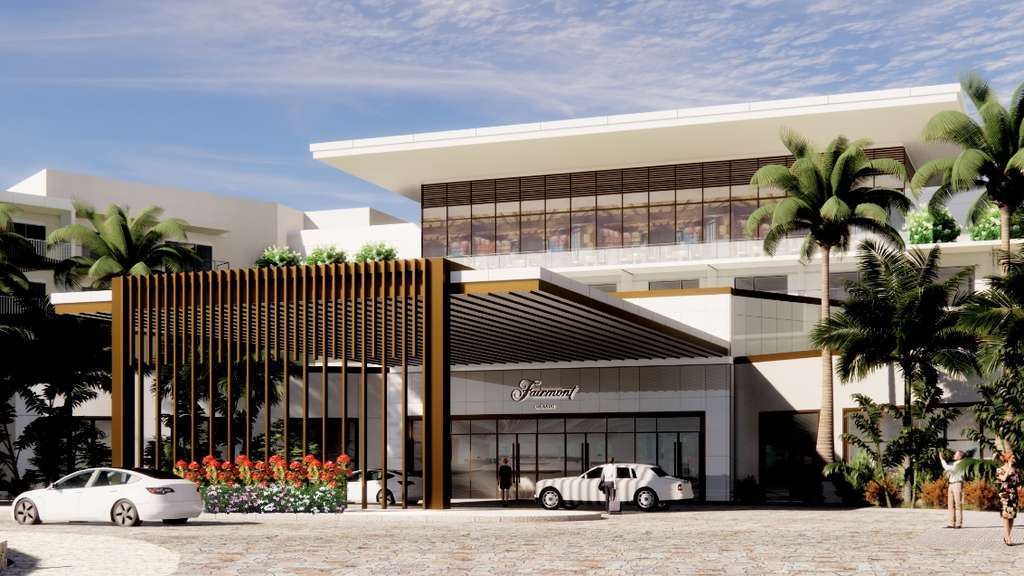 The project cost wasn't revealed. However, a luxury hotel of this size may cost about $425 million to build, from land to completion, based on industry estimates.

Hotel development offers a boost to the Central Florida economy since it leads to temporary construction and permanent hospitality jobs. More luxury hotel product also may appeal to a broader travel demographic, visitors who likely would spend more money in the area during their vacations.

The new property also will expand Accor's footprint in strategic North American markets, said Heather McCrory, CEO of Accor North & Central America, in a prepared statement. "Fairmont Orlando will be a notable addition to Accor’s growing luxury portfolio in the region, and is poised to become a prominent hotel in Orlando catering to the most discerning of travelers.”

The hotel's details, via the release, include:

Deven Group likely will purchase the land where it will build the hotel. It's unknown who the current property owner is, however, CBRE Group Inc.'s real estate team of Robbie McEwan, Austin Weller and Michael McEwan are Deven Group's representatives.

Orlando's hotel market has drawn interest from the luxury sector — both in acquisitions and new builds.

For example, the 444-room Four Seasons Resort Orlando at Walt Disney World Resort in May sold in a cash transaction of $610 million, or $1.4 million per room, to Bethesda, Maryland-based lodging REIT Host Hotels & Resorts Inc. The per-room price paid is notable, as it averages about $675,000 per key to develop luxury hotels, per a U.S. Hotel Development Cost Survey by New York-based hospitality consulting firm HVS. That includes land, building and site improvements, interior buildout, fees pre-opening and working capital.

Also, Darton US Holdings Inc. in September filed plans with Orange County to build a seven-story luxury hotel complex with 526 rooms, conference center and parking garage, as well as 12 villas on nearly 30 acres near Disney and Interstate 4. The hotel component may cost roughly $406.5 million, or $772,937 per room, based on data from New York-based hospitality consulting firm HVS LLC. The other project components may push the total price tag closer to $1 billion.

Darton's project appears to have similar size and acreage to the new Fairmont hotel, but it's unknown if they are the same.

Interest is strong in Orlando's hotel inventory, CBRE Senior Vice President Robbie McEwan told Orlando Business Journal. "There's a lot of capital in the market, but the hotel market over the last couple of years — due to Covid — has been challenged. With the expectation of the return of the tourist market, particularly everything Disney is doing and Universal's Epic Universe ... the future predictions of the Orlando market is one of the best in the country."

Central Florida’s 54% average hotel occupancy in the first six months of 2021 was down from 80% for the same pre-pandemic period in 2019, according to The Business Journals data.