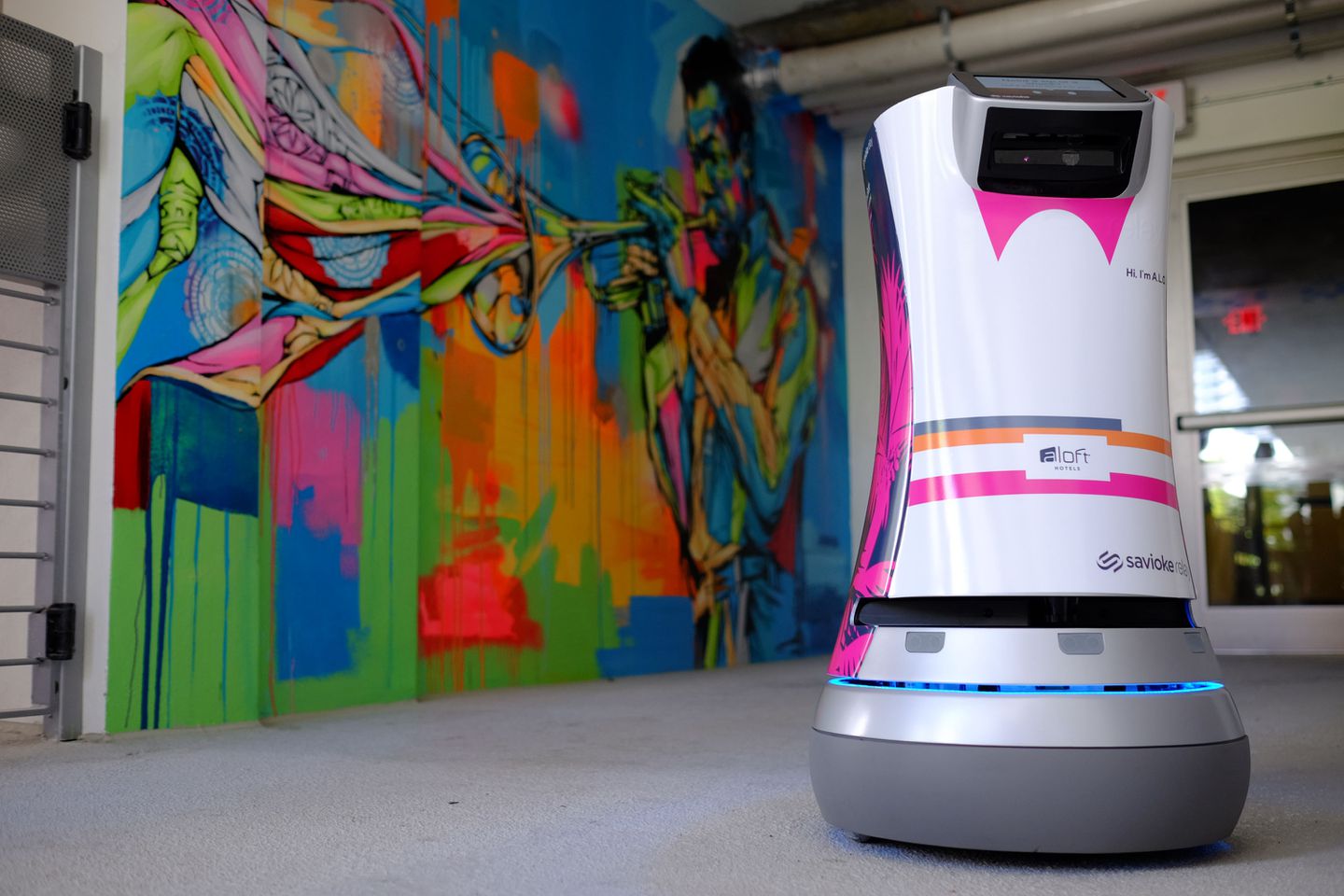 When the Lake Nona Wave Hotel debuts in December, its restaurants will include something cutting-edge: a Jetsons-style robot delivery system for events.

The new hotel in southeast Orlando's 11,000-acre Lake Nona — one of the nation's top-selling master-planned communities — will debut with three restaurants: Bacán, Haven and the Living Room Bar. Each will offer a different cuisine or experience, according to a news release.

Helping with the dining options during events is "Rosie," the hotel's robot butler, helping deliver food and drink. Rosie — named after the housekeeper from the popular 1960s and 1980s animated TV show "The Jetsons" — uses 3D cameras and light detection and ranging technology to navigate, similar to Lake Nona's Beep autonomous vehicle system.

Though new to Central Florida, hotels in other markets recently have incorporated robot delivery systems primarily to deliver room service or to handle maid service. Some have begun to use robots more since the start of the Covid-19 pandemic, since social distancing is important, USA Today reported.

Robot delivery is just one of many new, innovative elements of the Lake Nona Wave Hotel, which is envisioned as one of the most technologically advanced hotels in the world, said hotel General Manager Suzie Yang in a previous interview.

"From the largest installation of View smart windows that tint using predictive intelligence, voice-automated in-room controls and a custom-built mobile app putting the hotel experience in the palm of our guests’ hands, our guests will be able to experience the future of hospitality today. The hotel brings an eclectic design aesthetic unlike anywhere else in Orlando.

Here's more on what each of the hotel's restaurants and bars will offer:

Meanwhile, Central Florida’s 54% average hotel occupancy in the first six months of 2021 was down from 80% for the same pre-pandemic period in 2019, according to The Business Journals data.

However, both hotel occupancy and the average daily rate in July, the most recent data, were the highest thus far in 2021 at 76% and $134 respectively, per Visit Orlando, the region's tourism marketing agency, via a report released in early September related to Orange County tourist development taxes. The agency did not provide comparisons to last year, but OBJ research showed July 2020 hotel occupancy hovered around 30% with room rates at about $85.