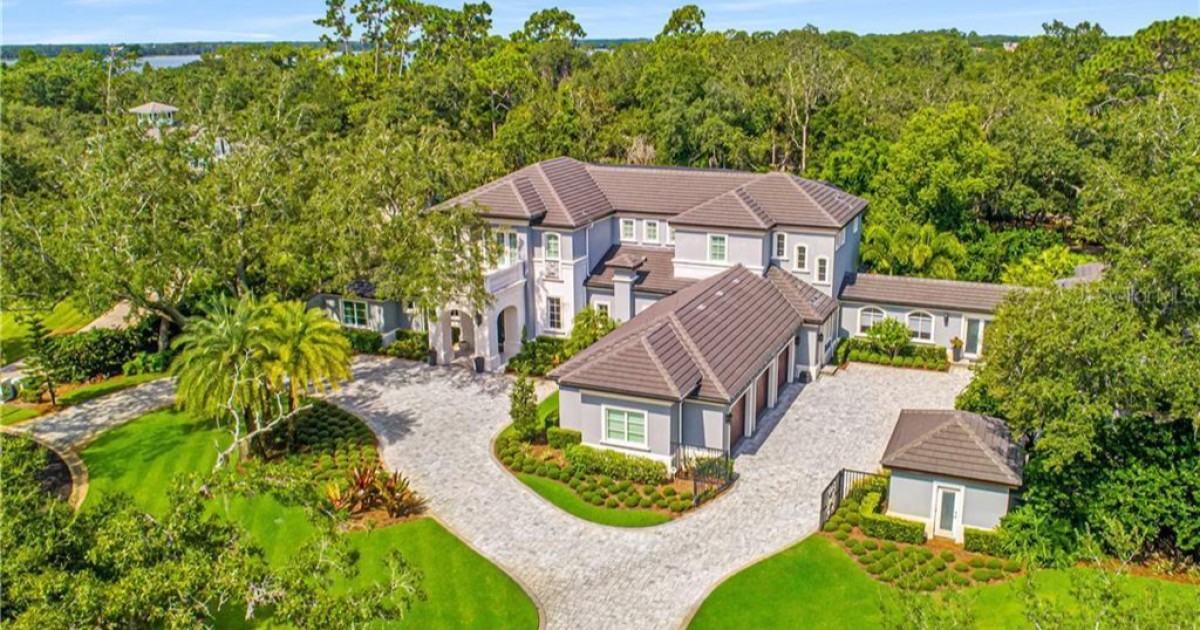 Holtz, who coached six college football teams and the NFL’s New York Jets, sold his 10,773-square-foot Lake Nona mansion for $4 million on June 9, according to Realtor.com. The deal was Central Florida’s priciest home sale the week of June 7, according to Orlando Regional Realtor Association.

The home was listed last September before it was re-listed in April. It attracted a buyer in a matter of days, a sign of the demand for homes in the popular southeast Orlando community of Lake Nona, listing agent and Armel Real Estate Inc. broker and CEO Deanna Armel told Orlando Business Journal.

“It’s such a special sale, the fact that it is Lou Holtz. He’s such an icon in this community,” said Armel, who represented both sides of the deal.

The home at 9209 Cromwell Park Place features six bedrooms and 10 bathrooms. Each bedroom is equipped with a walk-in closet, and the master suite includes a door that leads directly to the swimming pool and spa. The kitchen is equipped with double ovens and double dishwashers.

An elevator takes residents and guests between floors. On the second floor is a cigar lounge with a private balcony and air-filtration system. The house also includes three offices.

A connected 4,200-square-foot guest house is outfitted with its own kitchen, bedroom, living room, entertainment room and full bathroom. The property includes a three-car garage and a detached golf cart garage.

Holtz, who also was a college football analyst for ESPN after his 35-year-long career as a head coach, owned the Cromwell Park Place property since 1997. Holtz didn't leave the area, though, as he bought a new 3,559-square-foot Lake Nona home on Farthington Way for $1.7 million on May 7.

Rock-bottom interest rates and a migration of new residents to Florida — coupled with Lake Nona’s proximity to Orlando International Airport, major roadways and employment hubs — create a bustling housing market, Armel said. Plus, many people want to “upsize” to new homes that offer a home office, pool and flex space, she added.

Lake Nona’s 32827 ZIP code is one of the most popular and priciest in Orange County’s housing market. There were 51 existing home sales in the ZIP code in May at an average price of $628,745, according to the Orlando Regional Realtor Association. That is much pricier than the county’s average sales price of $394,655.

One of the drivers in Lake Nona’s housing market is out-of-state buyers, primarily from New York and California, said Premier Sotheby’s International Realty agent Peter Luu, who was not involved in the deal. He specializes in the Lake Nona market and said half his listings are snatched up by out-of-state buyers. "Out-of-state buyers have cash. They will pay over the list price, because they’re saving [money] in the long run.”

Trends in the residential real estate market are important, as every home sale in the state has an estimated local economic impact of $90,300, according to the National Association of Realtors. In addition, the housing market often is considered a reflection of the local economy's overall health.