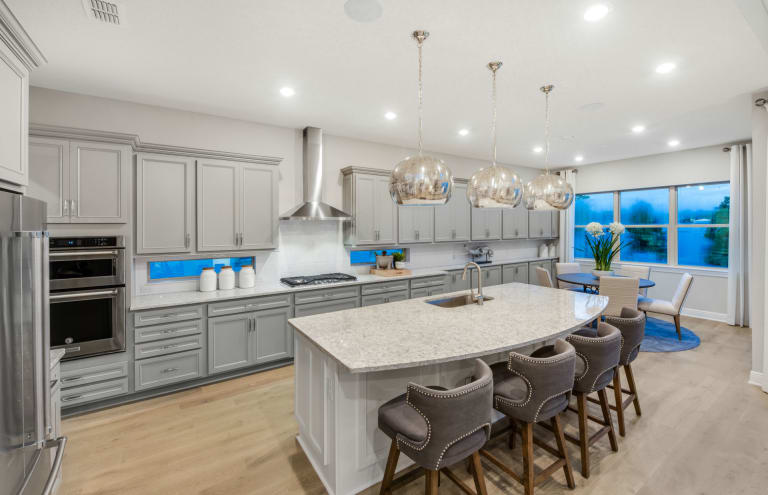 Homebuilder PulteGroup Inc. is preparing to start the construction of hundreds of homes in a Tavistock master-planned community five miles south of Lake Nona.

The Atlanta-based company is seeking approval to build 452 single-family homes as the second phase of its Del Webb Sunbridge community in St. Cloud, according to documents filed with the state May 3. It is the latest step to build out the active-adult community for people age 55-plus inside Tavistock Development Co.’s 27,000-acre Sunbridge master-planned development.

Del Webb Sunbridge, which will be built in three phases, is slated to include 1,384 homes. Prices start at $291,000, according to Pulte’s website.

The first phase and the community’s amenity center are under construction. In fact, Pulte in September broke ground on the nine-acre amenity center known as the Hammock Club, which includes a 27,000-square-foot clubhouse, resort-style pools, a restaurant, sports courts and health/wellness building.

The region southeast of Orlando is a major focus for Pulte, Ball previously told OBJ. ”We've made a very concerted effort to have a dominant presence and network there, because you can serve luxury buyers, family buyers, first-time buyers and everything in between.”

In many metros, including Orlando, home sales see the biggest bump further away from the urban core. Del Webb Sunbridge is rising roughly 26 miles from downtown, and homes between 25-30 miles from downtown Orlando saw the biggest year-over-year sales bumps in the metro, according to an April 28 presentation from housing research firm Zonda.

Trends in the homebuilding industry are important locally because construction creates local jobs and subcontractor opportunities, and every home sale in the state has an estimated local economic impact of $90,300, per the National Association of Realtors. In addition, the housing market often is considered a reflection of the overall health of the local economy.