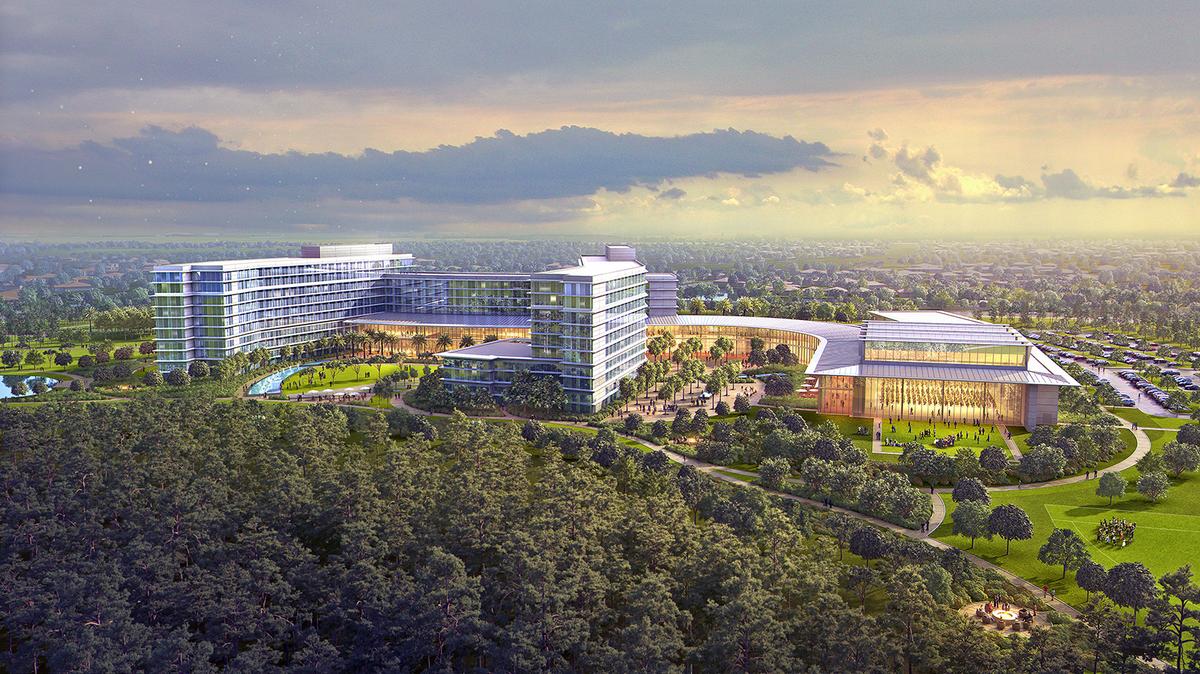 New York-based auditing giant KPMG LLP is gearing up to make another major investment in Orlando, which is another positive sign for the region's recovering office market.

Currently KPMG is hiring for tax and advisory analysts, in addition to specialists with technical skills and support staff, Juarez said. New jobs are an important economic driver as more people in Orlando help further stimulate the region's economy.

It's KPMG's latest investment in Orlando where it employs roughly 500 people. In addition, the company operates its $450 million, 780,000-square-foot KPMG Lakehouse training center in Lake Nona, which remains shuttered due to the pandemic.

Juarez said Lake Nona's wellness-oriented approach and proximity to the Orlando International Airport were reasons it wanted to open a new office in the southeast Orlando master-planned community. Orlando-based HuntonBrady is the architect for the new office.

Rasesh Thakkar, senior managing director of Lake Nona developer Tavistock Group, said the new space will be a "state-of-the-art" office. "KPMG is an anchor tenant in Lake Nona’s living lab, where our goal remains laser-focused on creating the most innovative and extraordinary environment."

In January, Tavistock hinted KPMG would open its office in the building after naming a nearby road Marwick Lane, as OBJ previously reported. The "M" in KPMG stands for Marwick. The new office building is part of Tavistock's $780 million, 3.8 million-square-foot, mixed-use town center.

Meanwhile, KPMG in May 2020 sought $112,800 from the city of Orlando in incentives during an eight-year period ending in 2030. The incentives were in exchange for creating 188 jobs with an annual average wage of $60,000 at a new tax client service delivery center by December 2025. KPMG planned to invest $4.1 million into the new center and lease roughly 23,950 square feet of office space, city documents showed.

KPMG also had been looking for 60,000 square feet of space for a suburban call center in the City Beautiful, as OBJ reported in April 2019.

The airport/Lake Nona office submarket is a hot one.

It reported one of Central Florida's highest average Class A asking office rent at $30.72 per square foot, compared with the Orlando-area average of $27.80 per square foot, according to Cushman & Wakefield PLC (NYSE: CWK).

The submarket's vacancy rate is 19.7%, compared with metro Orlando's average of 13%.