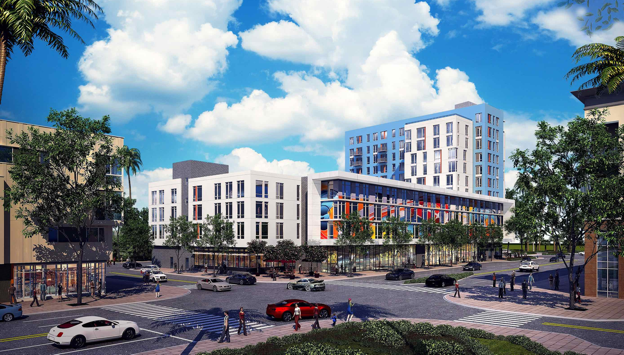 Construction on the project is expected to begin this September. According to Orlando Business Journal, The Pixon is proposed to have 201 unites, including six micro residences with less than 400 square feet. There is also a 1,730 square-foot penthouse for those who need a bit more space. Bluetooth-enabled security entrances are also said to be in the works. Other property amenities will include a rooftop lounge, a 3-D printer and a 24-hour fitness center. The 32,500 square-foot ground floor will include a restaurant/bar, retail space, pharmacy and cafe. Additional amenites include a concierge service, gaming arcade, 24-hour fitness center and last but not least, Orlando's first Tesla ride sharing system.